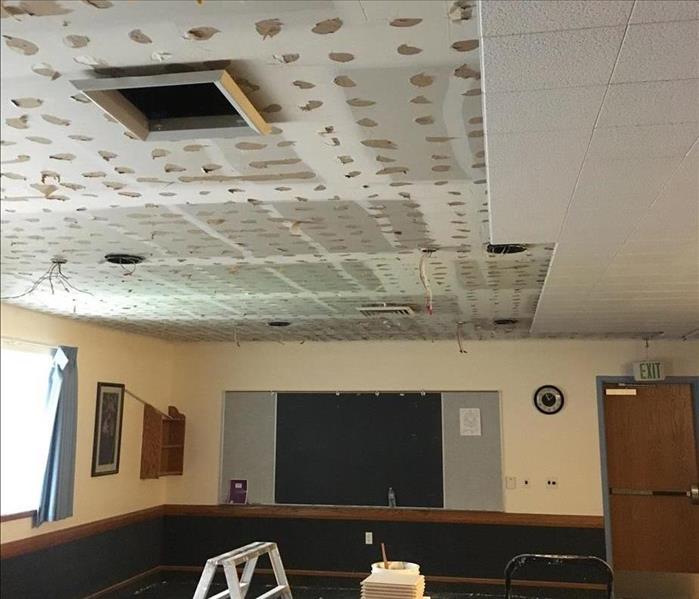 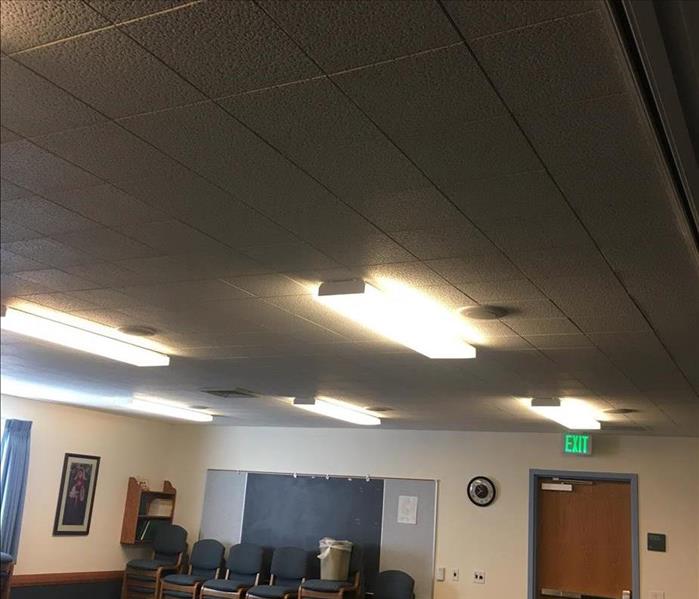 The ruined ceiling in a Provo, UT church was the result of a leak in the roof.  The roof was repaired but not before the damage had made it's way to the ceiling tiles which had to be pulled down and replaced.