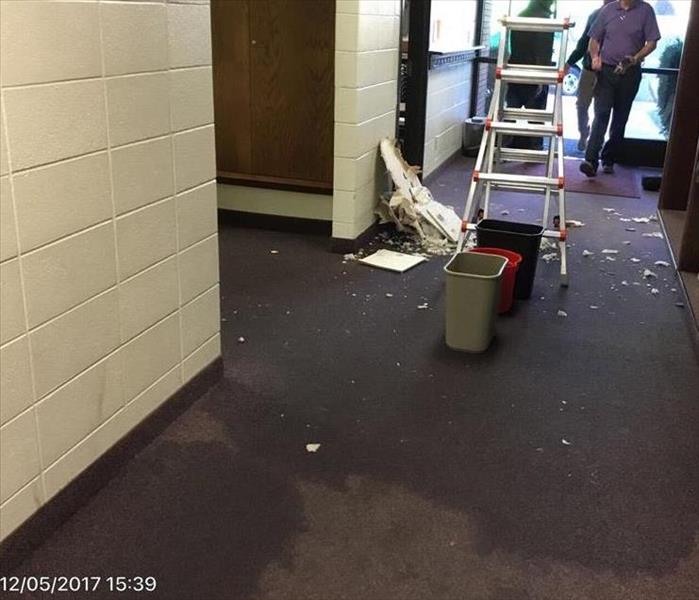 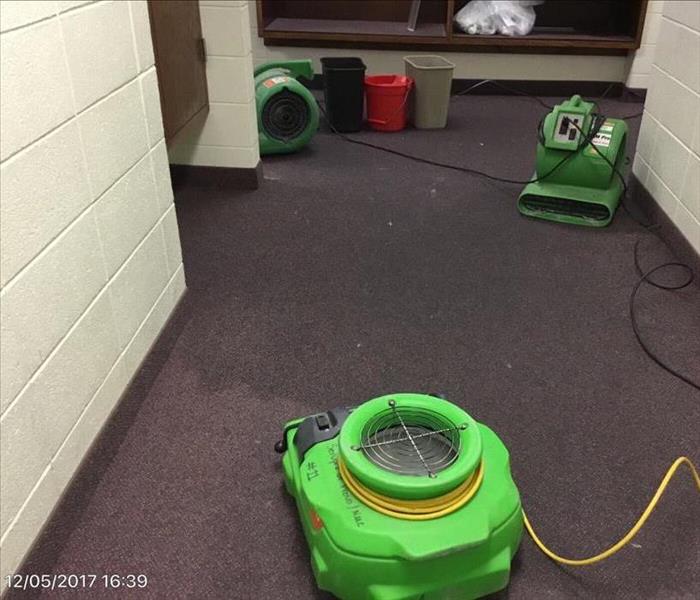 The sub freezing temperatures caused frozen pipes in a church in Orem, UT to burst and cause some flooding.  The pipes that froze were in the ceiling above the media center and hallway causing the water to pour from above and flood the carpet below.  SERVPRO was called in as soon as the flooding was discovered by the facility manager and was cleaned up in no time.  We were able to extract the excess water from the carpet and get dryers placed throughout the affected areas before any major damage was caused.  The pipe was repaired and the drywall in the ceiling was replaced before anyone even knew it happened.