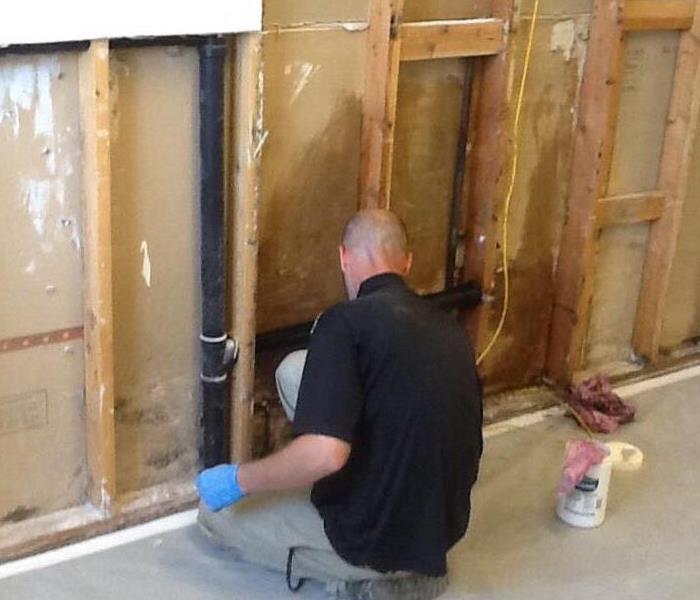 Leak in the wall causes mold in Provo Church.

The mold on the wall was caused from a leaking pipe in the wall.  No one was aware there was a leaky pipe until someone noticed the paint on the wall starting to bubble.  After the paint was bubbled and finally checked it was discovered that they dry wall was wet several feet up and needed to be pulled out. The wall behind the drywall that was torn out was wet as well as growing some mold.  SERVPRO put up a containment on the area and was able to clean up the mess and mold by using a microbial cleaner that kills the mold spores before they spread.